World Forum discusses tourism as a tool for social inclusion 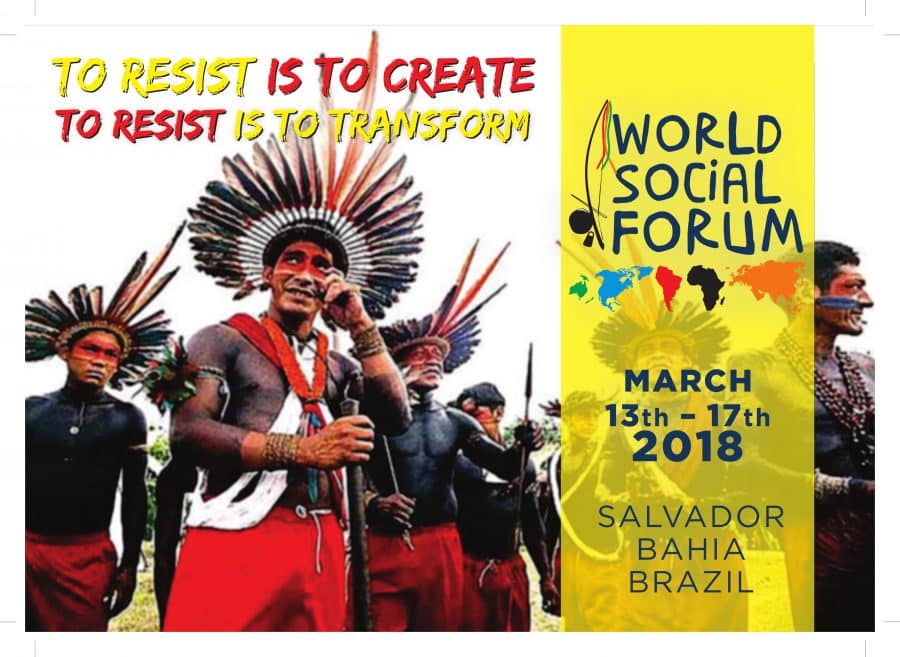 The economical potential of tourism is undeniable. Specially during the period of Carnival. According to the Ministry of Tourism, it is estimated that the celebration injected R$11 billion into the Brazilian economy, with 10,6 million of Brazilians travelling and 400 thousand foreigners coming to the country to enjoy the party. Rio de Janeiro, São Paulo, Salvador, Belo Horizonte, Recife e Olinda are the cities with greater financial movement.

But not only money moves the man. And unfortunately, not all the Brazilian population fits into this system and is part of the Government´s estimative. This is a subject that only a few talk about. That’s why, only a few days after the Carnival, Salvador, the city that hosts one of the most traditional carnival parties, has received the World Social Forum (WSF), between March 13th and 17th.

After all, the economy is important, but what about the people?

The WSF comes to oppose the World Economic Forum. It emerged in 2001, created by social movements and organizations that mobilized themselves for a big meeting in Porto Alegre, in opposition to the neoliberalism. The first editions (2001, 2002, 2003 and 2005) were in Porto Alegre. Then the event travelled the world: Mumbai, Caracas, Karashi, Bamako, Nairobi, Belém, Dacar, Tunis and Montreal.

This year the Forum returned to Brazil after a period of intense debate about the future of the social battles and the WSF process itself. The theme was “To resist is to creat, to resist is to transform”, and the tourism is included in these discussions.

Tourism as a tool for social inclusion

At the 2009 edition of the WSM in Belém there was a mobilization from the third sector entities to include debates about tourism. The meeting was called Global Forum on Sustainable Tourism and its results can be read on the Declaration of Belém. This movement inspired a local commission from Salvador to seek support on the Turisol Network and civil society organizations to repeat this discussions nine years later.

The “Projeto Bagagem” (meaning baggage project) is one of the NGOs that lead the organization of the II Global Forum on Sustainable Tourism, a thematic event inside the World Social Forum. The NGO’s mission is to promote tourism as a tool for valorization and sustainable development of traditional communities in Brazil. It was created in 2002 by two friends who wanted to transform the world through solidary travels and it has involved hundreds of people throughout its trajectory.

Today, the director and founder of Raízes Mariana Madureira is the financial director of “Projeto Bagagem”. Her partner, Jussara Rocha, president. Both are volunteers. The NGO´s board and council includes members of other social business, companies and specialties. All aiming to humanize tourism, reduce social inequality in Brazil and create opportunities to communities that are outside the traditional tourism system. 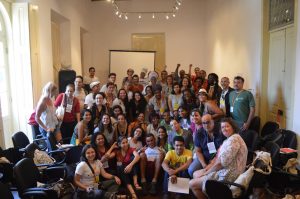 The Sustainable Tourism Global Forum had the participation of around 80 people besides lots of beautiful mobilization, the youth force and the rescue of cultural roots. And we were there! The results of this meeting can be found in the Salvador Declaration, a letter of resistence:

“We are currently living in a crucial time, in which life on our planet makes us reflect on issues that demand a clear attitude. Our position is intimately connected with our evolution as human beings. So, we need to resist the development models which foster consumeristic consumption through projects, and the enterprises that prioritise mass tourism which is predatory and exclusionary. These models unfold in labour exploitation, depredation of natural, cultural and historical resources, institutional and environmental racism, and human rights violation – especially against local communities and the excluded and discriminated peoples. As a consequence, we also need to resist a commodification of our tangible and intangible heritage, which leads to the normalisation of a model hegemonic, culminating in a loss of uniqueness in identity and trivialisation of our cultures”. Salvador Declaration

And you can read the full statement HERE.