Quilombolas may benefit from Community-based Tourism 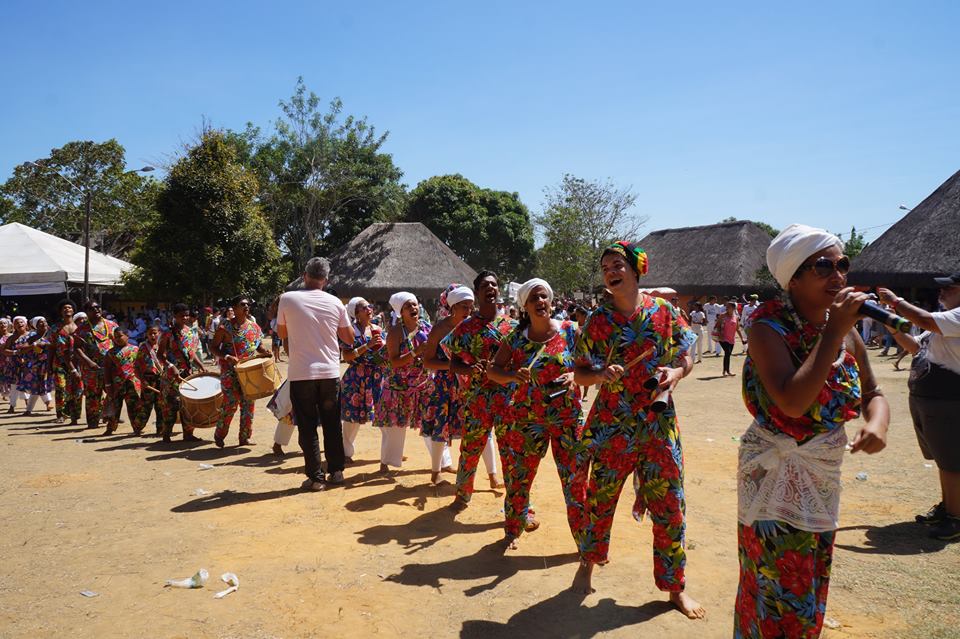 Have you heard of Tourism Characteristic Products? It is the activities and products that generate income for a particular region or locality, serving mainly tourists, but residents as well. These products include itens such as cultural events, gastronomy and the sale of handicrafts. This is one of the benefits that can be brought about through community tourism, including to the Brazilian quilombola communities.

This tourism practice, also called ethnotourism or even community-based ethnotourism, is committed to the sustainable development of the region. It is concerned, for example, in maintaining the local lifestyle, respecting the art culture and traditions. The tourists are immersed there, witnessing the daily life of those people and their values. The tourists became part of that scenario for a few days. It is a rich experience that demands of the visitor maturity, respect and openness for a deeper encounter with the other.

There are many slavery reflections still alive in Brazil, unfortunately. We don’t even need to talk about racism, which many insist on saying it does not exist, but is still so present. The truth is that remnants of the slavery system still exist throughout the world. And in Brazil slavery lasted until 1988. So, it’s been only 130 years of “freedom” for the descendants of the 3.5 million men and women that came, as prisoners, from the African continent.

The Remaining Territory of Quilombola Community is a recent achievement and for many communities, a fight still in progress. The Palmares Foundation has already recognized 3,040 quilombola communities and most of them have already received the registration of the government through the responsible department, Incra, guaranteeing their right to land. To attest the community ancestry, the Palmares Foundation uses self-attribution criteria, as well as the ILO Convention on Indigenous and Tribal Peoples.

The fight for the right to remain in the territory is just a part of the whole. Sustainable land management is a perennial challenge. Tourism developed in a sustainable way and with the protagonism of the community, can help.

And why could community tourism be good?

Community tourism can contribute to the strengthening of social capital, as it demands self-management and sharing among people interested in getting involved in the activity.

In addition to the resources coming from lodgings in collective or family receptive inns or guest houses, there are also the tourism characteristic products, about which we’ve openned this article commenting about. It’s estimated that 8.5 million Brazilians live today from handcraft production, according to a 2002 study by Banco do Nordeste, which accounts for 2.8% of national GDP. According to the Brazilian Association of Bars and Restaurants (ABRASEL) and the Brazilian Association of Event Companies (ABEOC), the sectors of gastronomy and events correspond to 2.7% and 4.32%, respectively.

Thus, community tourism is good precisely because it encourages these quilombola communities to remain what they are culturaly, and generate resources to acquire the goods that they do not produce and also bear other costs, including sustainable land management. Community tourism moves the local economy as it attracts domestic and foreign tourists and all this can be done in a sustainable and orderly way, without the great damages caused by mass tourism. We could start by the traveler’s own experience, as we believe community tourism can develop people’s empathy.

In Brazil there are some quilombola communities that stand out for receiving tourists in an autonomous way and with total protagonism. We will be talking about them here very soon.

Deforestation in the Pantanal: Is Brazil against ecotourism?
17 de November de 2020

Get to know the Ipoema’s embroiderers, benefited by a creative economy social
6 de August de 2019